Posted on October 3, 2015 by queenieqantas 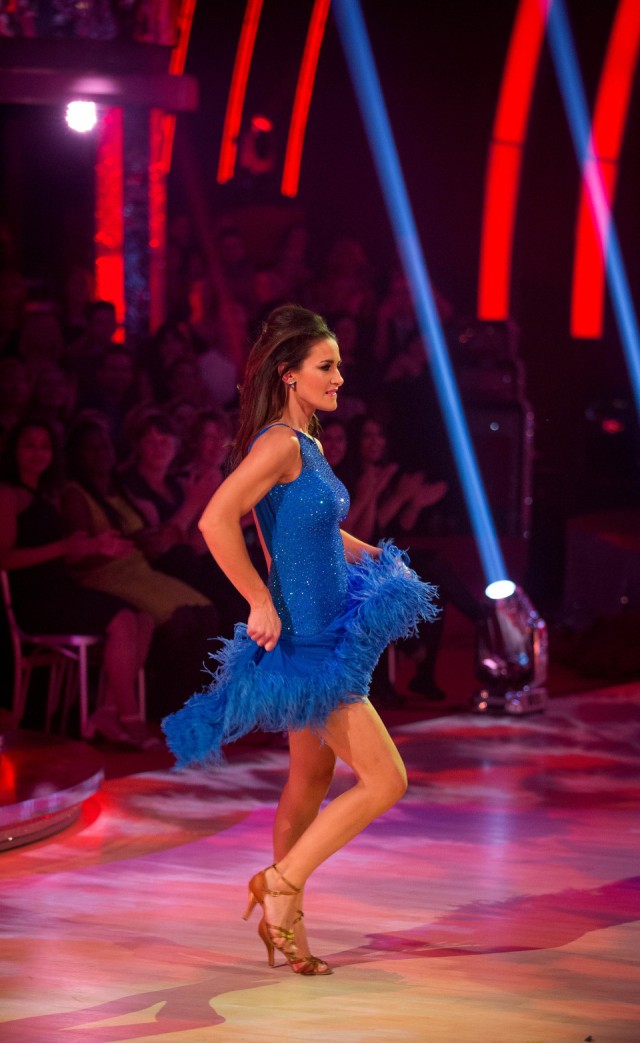 Last week on Strictly golf presenter Kirsty Gallacher had likened herself to a racehorse, the way she had shied away from the start of the race. This week the question was, which racehorse would she be – Arkle or Devon Loch?

She came down the stairs in a blue sparkly dress ready for the Salsa. She looked good but BBC wardrobe were still not giving the tabloids what they wanted, it was a much longer than a usual salsa dress.

Third on the show, she was flung about and lifted, which she managed to do bravely. In between there was a lot of stacatto walking to the music, which lent a stilted rhythm to the whole dance. It ended with Kirsty being placed writhing on the judges table and there was a look between Darcey Bussell and Craig Revel Horwood which showed they didn’t really approve of that.

The most picky judge, Craig, began “it lacked fluidity, there was a lot of stopping and starting. Made you look stiff, you need a figure eight rotation in your hips, that was lacking. Darcey said her lifts were a very good show. Len Goodman said she “sizzled”. Again Bruno Tonioli was critical “you had the right steps but they didn’t fit the beat. You cannot be behind the beat. We want to see it done properly, because you can”.

When it came to finding out who was in the dance off, the contestants who had made a fuss about their scores were in it, with Kirsty being left to the bitter end to find out it was not her. She floated up the stairs in relief where she wasn’t interviewed about how relieved she was.