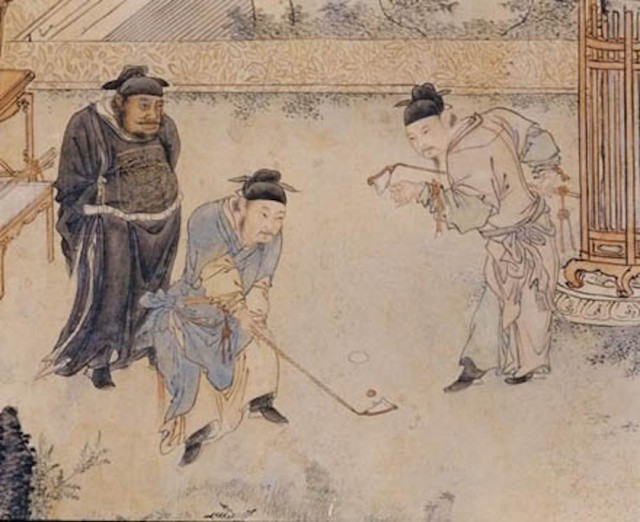 This month the Chinese Communist party has banned its 88 million members from joining golf clubs. On a strict anti- corruption drive since 2012, the party has said that members caught playing golf will be removed. There was no official explanation why the ban has been put on place except that golf clubs are seen as places that illegal business is carried out.

With the HSBC Champions event attracting the world’s top golfers to Shanghai early next month it will be interesting to see how this affects attendance, local media coverage and the reception the event is given.

It’s the latest chapter in China’s complicated history with golf. Only recently China was seen as the land of great hope and expansion for the game. After Communist leader Mao Zedong led a revolution in 1949 all golf courses were dug up and the game was banned for party officials. Since the first in 2004 over 1,000 courses have been built – the most of anywhere on earth. Around 1.1 million regularly play golf in China, potentially a billion dollar revenue industry. But its perception by the communist party is that golf attracts corruption and the current climate is one of a crackdown on public morals.

The PGA Tour has created a sub tour PGA Tour China with the top performers being offered automatic places on the second level web.com tour in America. Chinese tour professionals were becoming more prominent, notably 14 year old prodigy Guan Tianglang who made the cut in the 2013 Masters.

But the economic downturn in China has left the country reeling. From the end of last year Chinese President Xi Jinping ordered courses to close. 66 courses, built to attract tourists, closed in March last year. In September 60 employees of state owned companies were punished  for spending public funds on golf. A Chinese golf equpment store has seen its sales drop 30% in the past year. So it will be very difficult for golf to expand where so many officials actively work against it.

Author Dan Washburn whose fascinating book The Forbidden Game: Golf and the Chinese Dream I have recently read says “this has been an historically bad year for golf in China. Golf has never really been recieved with open arms with farmers being forced off their land to build courses and water being used in an expensive way. It is seen as a corrupt game for the rich and affluent. You can see this big crackdown on golf on the one side and on the other some of the biggest international tournaments in China. Sporting goods companies have wanted to capitalise on the move towards a consumer based society and a growing middle class. We will have to wait and see now if the industry disappears altogether. It’s a pronounced version of the game’s struggle globally. Golf needs to reposition itself worldwide away from an elitist game stuck behind closed walls”.