Posted on November 25, 2015 by queenieqantas 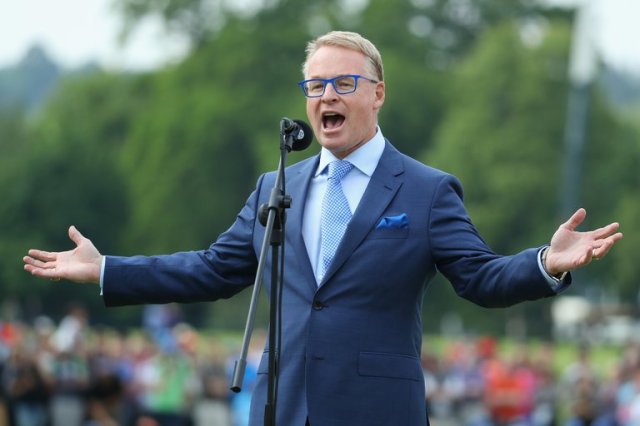 You have to admire his boldness. In the three and a half months since he took over as Chief Executive of the European Tour Keith Pelley is already making his mark as a strong and decisive leader, though his decisions are not without controversy.

Rory McIlroy’s win in the DP World Championship Final last weekend, the final event on the Race To Dubai, saw him win the season ending finale. This win surely vindicated Keith Pelley’s first decison made in office which was to exempt McIlroy from playing the required 13 events because he had two months out due to injury and illness. McIlroy managed to compete in 12 events but chose to miss the preceeding week’s event in Shanghai. McIlroy’s nearest rival, Danny Willett, said”I appreciate him playing makes a massive difference to the Tour, but if rules are made to be broken there’s no point in making them”. Pelley’s resolution of this has been to reduce the minimum playing requirement from 13 events to 5, not including the majors and the WGC events, which should help out players also competing on the PGA Tour outside the top 50 such as Ian Poulter, Luke Donald and Graeme McDowell. Paul Casey has chosen not to rejoin the European Tour. So that will help next year. But this season the player who has been most affected by the decision to help McIlroy is Seve Benson, the 111th ranked player who has now lost his card.

Pelley is clearly on a mission to strengthen and expand the European Tour and is not afraid to stand up to the PGA Tour where their interests collide. An example of this is the French Open. Next year it will be played, due to scheduling changes, opposite the WGC Bridgestone Invitational in the States, which is not now a qualifying event for the Race To Dubai. The French Open now has an increased prize fund and more Ryder Cup ranking points available. Also, with the PGA Tour making inroads into Asia he is countering this with a joint vision Asian Tour.

Pelley’s statement last week that he felt that the DP World Championship in Dubai was more the Tour’s Flagship Event than the BMW PGA at Wentworth because the prize fund of $8 million plud bonus is much larger than the Wentworth event’s 5.1 million Euro prize fund. He says it needs to ne $8-10 million. I saw this as a challenge to sponsors BMW, who have withdrawn their support of the event in Shanghai which will next year be replaced by the Nedbank Challenge in Sun City as one of the final events on the Race To Dubai. I also read it as a challenge to Wentworth Club’s new owners to upgrade the quality of the West Course. With the new owners of Wentworth Club drastically raising their fees in order to fund these changes, and as a consequence becoming an elitist club, I wonder whether the Tour Headquarters will move from Wentworth in due course.

The overall mission is to make the European Tour a viable alternative to the PGA Tour but to do this prize funds must increase drastically. With Martin Kaymer, Lee Westwood and Victor Dubisson committing to playing in Europe as their base, this is a good start, and it is going to be very interesting to see over the next couple of years how many more top players will choose Europe, but this will only happen if the money is greatly increased.

He has also been in talks with Martin Slumbers, Chief Executive of the Royal and Ancient, to wage a personal war against slow play. This reared its head again with Sergio Garcia taking 15 minutes to discuss a rukes decision with a tour official. He wants the European Tour to be the leaders in dealing with slow play.

In a interview with John Hopkins he makes clear that he sees professional golf as a branch of entertainment. “This is theatre”. Golf as a spectator sport needs to be exposed to more people.

Pelley’s Player’s First policy has begun to be implemented by the setting up of a Player Relations Committee. Some European Tour pros have said that his ideas to broaden golf’s appeal are on the right track because something had to be done, the spirt had been stagnant for too long.

He is tackling slow play and is looking at other creative formats outside of 72 hole events. In addition he is working on the Vatican’s Faith and Sport Committee, which is looking at all kinds of issues such as how sport can help the poor, overcoming racial and gender barriers and the roles of coaches. All stumulating intellectual work that will keep his fresh ideas coming. We live in such interesting, and exciting times for our sport when change is happening rapidly. Looks like the European Tour has got the right man at the helm to keep pace with it all and bring about change by action rather than words.