Michael Parkinson retains Wentworth membership but has his say

Posted on February 22, 2016 by queenieqantas 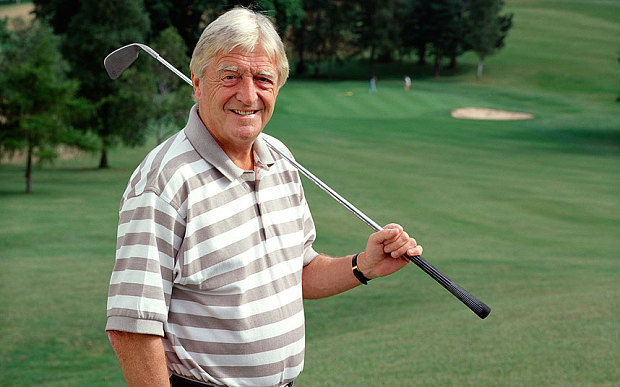 Broadcaster Sir Michael Parkinson has waded into the row about the increase of membership fees at Wentworth Club. He says that The new owners, Reignwood Group,” have no regard for the feelings of the existing membership and have expected that most would go away quietly. They have misunderstood”.

The Wentworth Residents Association have instructed lawyers to look at all the legal options to clthe new conditions, which may be an injunction or Judicial Review. A letter to the Minister for Sport, Tracey Crouch, has brought a reply that although the Government are “disappointed” there is little they can do to resolve a private dispute.

Sir Michael Parkinson was invited to a meeting with Wentworth’s Chief Executive, Stephen Gibson where he accepted an offer to retain his membership without paying the new debenture fee, an offer open to members over the age of 75. Sir Michael no longer plays golf but his wife does so he is staying at the club so she can continue there. However he says some of their friends have made arrangements to move to other clubs.

The current 4,000 members have until the end of June to decide whether to remain at Wentworth. The new debenture can be paid in two instalments, due by the end of 2019. This debenture grants no equity in the club.The membership is expected to be reduced to 900. About 10% of the current golf membership are expected to remain. Stephen Gibson explains that Wentworth Club is in a state of decline and needs massive new investment to elevate it to being he best private golf and country club in the world.

Many would prefer it to remain as it is, hardly shabby and much loved.