Posted on February 23, 2016 by queenieqantas 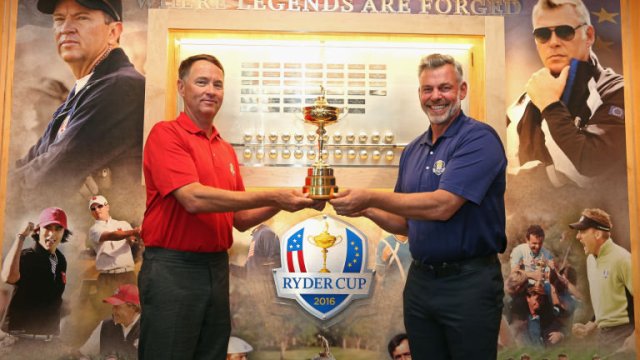 There have been some interesting interviews with Darren Clarke and Davis Love III,this year’s Ryder Cup Captains. What fascinated me was their approaches to their teams and the object of winning were so very different.

Love talked about the massive task the Americans have to win the cup again in such an objective manner. It was all about strategy (but not tactics I noted). He acknowledged the good ideas Paul Azinger came up with (see my post The Podfather below), but it was all completely detached and hands off.

Clarke on the other hand is clearly focussing on his players as people. He said “I’m going to be the kind of Captain that will put my arm around a player”. It is this kind of human bonding which had always brought the Europeans together as a team, and is, in my view, a much more winning formula than chosing personalities for pods.

It’s understandable that in such a deeply competitive society and  golf tour that the Americans don’t bond as players, they’re too afraid to get close to each other, and it is for them just a one week every two years.

They are missing the trick. Perhaps its just been too long since they won, and if they do win at Hazeltine, then they might allow themselves to hug each other.

Until then it will still be a team of twelve individuals playing for themselves under a common flag. Or four groups of four playing in their little pods, competing with the other pods as well as the Europeans.