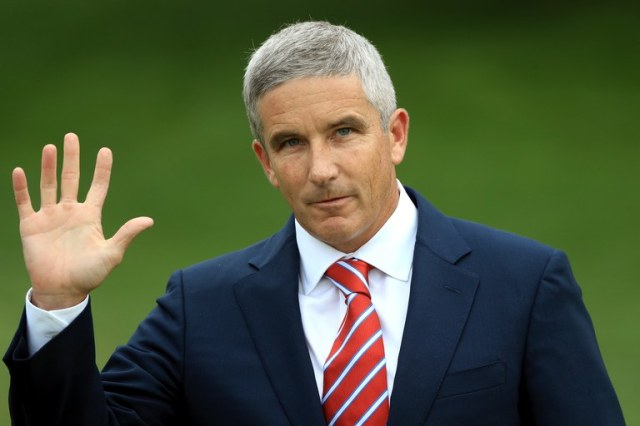 Last week at the SBS Tournament of Champions new PGA Tour Commissioner Jay Monahan gave his first press conference. He said that the tour executive were looking at rescheduling some events.

In particular he talked about the FedEx Cup Playoff series being brought forward so there is no television clash with the start of the NFL season in America. He also said they would be looking at the possibility of reducing the playoffs to three events rather than four. Also to perhaps finish the Tour Championship on Saturday with a 36 hole FedEx Cup play off on the Sunday. Interesting times.

He said that there may be the possibility of moving round The Players and even the PGA Championship and looking at a return of a tournament to Miami, such as the old Doral event. He said every decision would be made collaboratively with all the stakeholders involved with the tour.

Monahan appears to be a different character from his predecessor Tim Finchem. Apparently he caused a stir by wearing jeans to his first players meeting. FInchem was known for making deals behind closed doors.  Monahan has been approaching players to talk, working the room. He also has been looking at the NBA’s incredible social media output and talks of aggressively testing new ideas and trying things out.  Sounds like he and European Tour Chief Executive Keith Pelley are of similar minds.