Mickelson about to drop out of Top 50

Posted on February 1, 2018 by queenieqantas 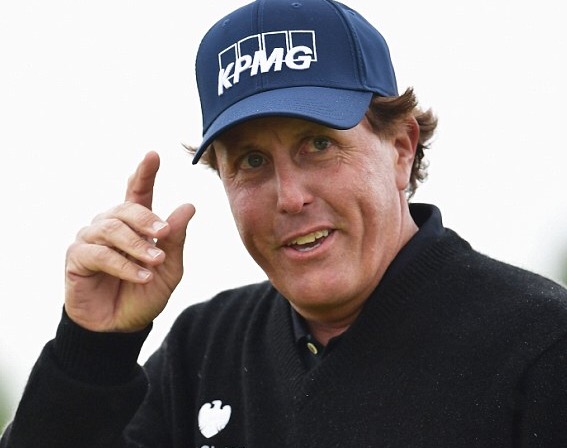 Since November 1993 Phil Mickelson has been in the top 50 of the World Rankings but he has now slipped to 49th. Although the rankings need a major overhaul and simplification of how points are accumulated, one thing is clear. Mickelson has been very unlucky never to have reached the No 1 spot in the world.

He’s been second on eight occasions, always to Tiger Woods. He once said “if Tiger had not come around I don’t feel that I would have pushed myself to achieve what I achieved. He forced everybody to get the best out of themselves, forced everyone to work harder”.

He came close to catching him in 2010 and answered several questions about this by saying “it’s not an area that I focus on”. But that was contradicting something he said a year earlier when he admitted that “it would mean a lot to me that I was No 1, even for a week or a month, to say that I climbed to the top”.

He saw Lee Westwood, Martin Kaymer and Luke Donald take top position and when he finally climbed higher than Woods in 2011 he was third and Woods was 7th.

So he’s never won the US Open, never been Player of the Year and never reached number one. But he has been in the top 50 two and a half years longer than Woods. If that’s any consolation.

That said, although it’s been since the Open in 2013 that Mickelson has won, I have a feeling in my bones that there’s something more to come from him. Always expect the unexpected..