Posted on April 9, 2018 by queenieqantas 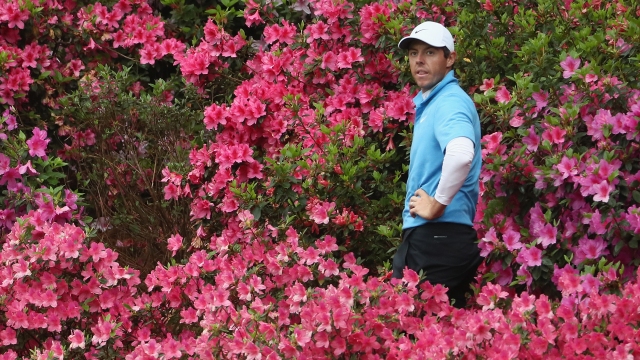 “I’ve been waiting for this chance” said Rory McIlroy after Saturday’s round. He was as confident and as optimistic as he’s ever been seen. He looked excited and was walking with a bounce in his step. And he took the gallery’s support with him, unusual with an American playing partner. They wanted to see history being made, to see a career grand slam being completed, but perhaps their support added to the pressure.

Some of the comments this morning are unfair. To call McIlroy’s final round a ‘pitiful surrender’ is not right. He did not give up all round even though he played some ghastly approach shots. This was where his weakness seemed to be all week, he was well down the statistics in greens in regulation and during the final round his putter went cold.

Perhaps the pressure did get to him, perhaps his mind jumped ahead. But as for The Masters being the monkey on his back? No. He has been in the top 10 of the last five Masters tournaments. But perhaps he just has to dig even deeper. There is always something more to learn about Augusta National. Jon Rahm’s good performance so early in his career was partly down to preparation. He quizzed Phil Mickelson, who went to Arizona State University like him, about all the intricacies and variables of the greens.

Rory said that his loss of the 2011 Masters was in fact a huge positive. It forced him to admit that he wasnt ready to win a major then and he soon won the US Open after making a lot of mental adjustments.

It’s interesting to hear that on Monday he had sought the opinion of former PGA tour winner Brad Faxon about his putting stroke. Faxon’s own putting lives in my memory, he was sublime. He once had a 1.704 putting average for the season. His mantra was “my only secret is confidence. I just try to hit every putt as if I’ve just made a million in a row”.He assured Rory that everything was correct technically but mentally he wasnt putting well under pressure. And so it transpired in the final round. Diagnosis made, this is going to be another turning point for him to crack this, watch this space.