Posted on September 11, 2018 by queenieqantas 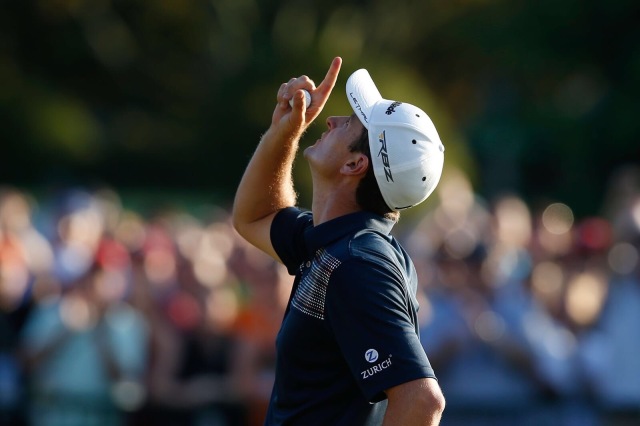 Rudyard Kipling wrote “If you can meet with triumph and disaster and treat those two imposters just the same”.

Justin Rose had reason to contemplate this yesterday at the BMW Championship when an outrageous lip out meant he missed winning the tournament outright and then went on to lose a playoff, what he called a stinging defeat for the second week in a row. Then while feeling this misery, he had the elation of learning that the same time he reached the pinacle of his sport becoming World No 1. Emotion overload.

He was asked how he felt about this achievement while still smarting from losing the tournament. In a way the unfortunate timing of the precious moment happening took the edge off things until he seemed to oull  himself together and realise the enormity of what he had achieved.

“It’s boyhood dreams stuff. It’s something I’m incredibly proud of. These three things, winning the US Open, the Olympic Gold medal and becoming world number one define my career at this moment. It’s taken 20 years to get here”.

Today, when he had time to get over the acuteness of the loss and let it settle, he began to dwell on his achievement instead. In a tribute to his late father Ken he wrote on twitter

We did it Dad.