The greatest comeback of all time

Posted on September 24, 2018 by queenieqantas 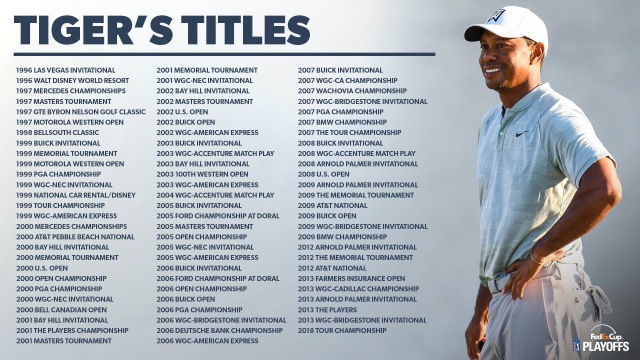 It was possibly the most exciting Sunday finish ever. With his two shot win at the Tour Championship, Tiger Woods now has EIGHTY tour wins.

His fellow professionals said it best. Runner up Billy Horschel said it was an “insane”experience around the 18th hole as Tiger finished. Golf is in an awesome place”. Brandt Snedeker said that “every PGA Tour player thanks Tiger” Justin Thomas said “golf couldn’t be in a better place right now” “golf is in anawesome place” and Tommy Fleetwood remarked “what a time to be alive”. Jack Nicklaus, three major championships better off than Tiger said he was extremely proud of him for all his hard work”. The scenes around the 18th green have not been seen for a very long time. Fans flooded the fairway behind Woods and McIlroy and were held back by the police roping them away, while they stampeded with their feet and roared Go Tiger!

Tiger himself was bemused “It’s just hard to believe I’ve just won the Tour Championship, that I’ve pulled this off. I’ve had it not so east the last couple of years. It meant a lot to see players on the 18th green who knew what I’d been struggling with and it was really special to see them”.He said he’d had a hard time not crying on the last hole because getting there had been rough. But most of all he thought of his children Sam and Charlie, who had associated golf with pain. “My children are now seeing the joy, how much fun this is for me”.

With 80 wins Tiger is just two short of equalling Sam Snead’s all time PGA Tour record of 82 wins, but Snead won over a 30 year period, Tiger has been active – and inactive – for 23 years. A reminder of his dominance – 15 majors, 18 World Golf Championships, 46 wins in his twenties. In 2000 he won three majors amongst nine wins and in 2006 had seven wins in a row.

Tiger was quick to thank the fans for what they had meant to his comeback – I couldn’t have done it without you”.

This isn’t an insignificant, throwaway comment. From the dark place that he was in their belief and encouragement has given Tiger the bouyancy and enrgy to move forward from what looked a place of little hope just 18 months ago. From this – 1,199 in the world – to this. His controlled driving, 25 yards shorter than playing partner McIlroy, and beautiful control of the putter were supreme.

But the Hollywood movie isn’t ready to be made just yet. Tiger’s a work in progress. Follow The Sun Part II will have to wait a while yet. 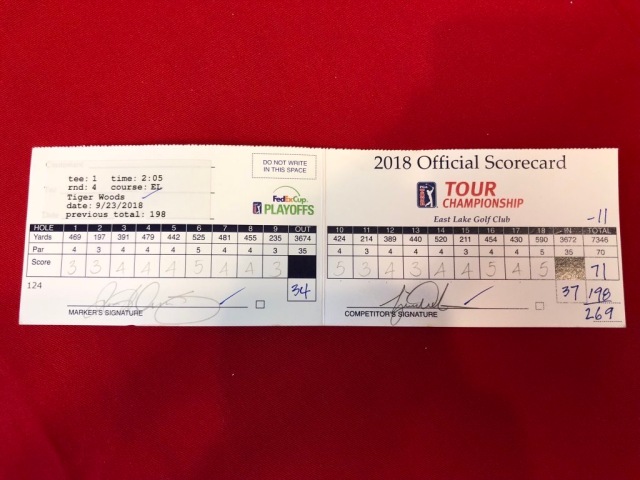