Posted on January 9, 2019 by queenieqantas 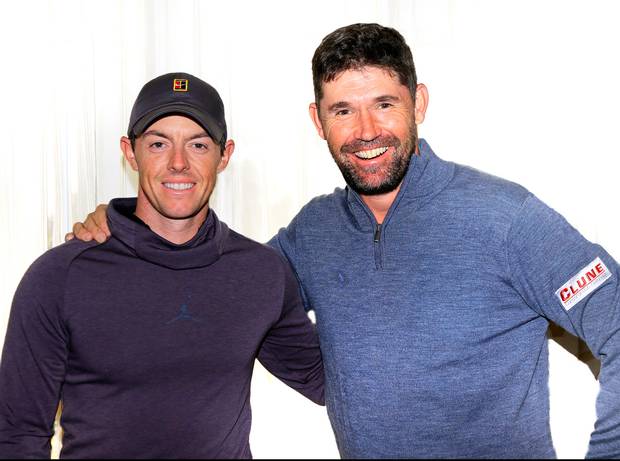 New Ryder Cup Captain Padraig Harrington today spoke out about the possibility that Rory McIlroy may not be eligible to play in the 2020 match.

“I can only look at his actions. That man loves the Ryder Cup. He’s become a leader in the team room,” said Harrington.

“He gets the glory, the opportunity to be loved on the golf course. He gets the exuberance, the crowd.

“He will be 100 per cent behind and in that Ryder Cup team, there’s no doubt about it. You just have to know the man behind the scenes.”

Rory, who has played in five Ryder Cups, has committed to only two European Tour events this season outside of the majors and World Golf Championships. The minimum requirement is four. Under the rule set out in January 2017 if a player does not fulfil the requirements of European Tour membership in any season from 2018 onwards he cannot play in the Ryder Cup or be Captainor Vice Captain in future years.

Rory, who now lives in America, made it clear last week that his future lies on the PGA Tour and that he sees the European Tour as a “stepping stone”.

But Harrington assures “He’s as European as they come”.