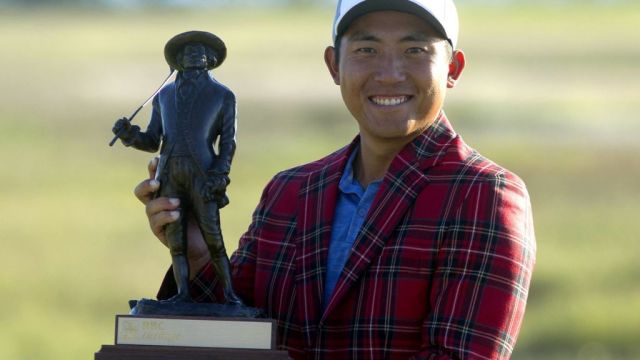 C T Pan, from Taipei, is the PGA Tour’s unlikeliest winner when he pulled off victory in the RBS Heritage Classic at Harbour Town Golf Links, South Carolina on Sunday. His first tour victory was well earned with a final round of 67 -12 under par. He had 3 birdies in 4 hooes mid round and another on 16 . All season Pan’s form has been average with no top 15 finish  and his statistics show 171st in driving distance, 73rd in greens in regulatiinand 150 in strokes gained putting. Neverthless he played a lot better than World Number One Dustin Johnson who he trailed by two strokes going into the final round. Johnson’s game fell apart on the back nine with a scrappy 77 which included 3 consecutive bogeys and two double bogeys

C T Pan wasnt going to play this week, his wife told him to be there, and he had his first win beating Matt Kuchar by one stroke.