First round 79 for Rory, but he still oozes class 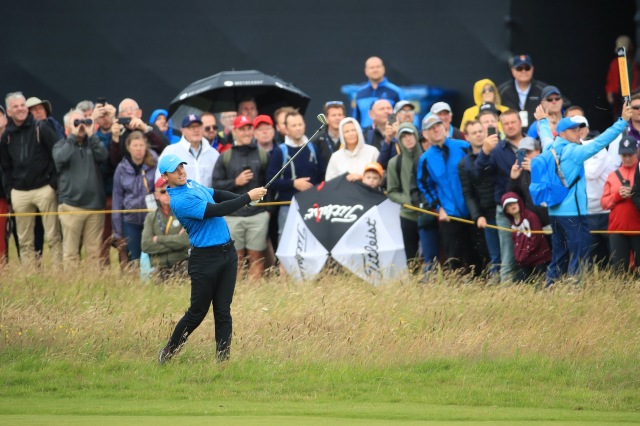 Rory McIlroy said that to win the Open in his home country would “define my career” as a unique achievement. It was thus pressure on a grand scale and when Rory didnt play well today the sadness amongst the home galleries was tangible. After a bad day at the office, which could have been a lot worse, I think we saw some of the best of Rory McIlroy today. Massive mental strength. Starting his first round at Royal Portrush with an horrendous quadruple bogey which included an out of bounds tee shot and an unplayable lie, we saw the best of Rory between holes 2-15. He battled and fought and held his round together in tough conditions at one point getting back to +3. But he admitted that a missed par putt on the 16 green which led to a double bogey affected his concentration leading to an awful triple bogey on the 18th.

He admitted that he had felt nervous on the first tee, being the home favourite with massive support, but it was the excited kind of nervousness, ready to get started. Unless it was deeply subconscious it’s too simplistic to put down his performance down to pressure. He acknowledged and appreciated the home support but admitted he had put himself into some bad positions due to poor ball striking, no excuses. The toughness he showed in the middle of his round showed his true mettle. Hopefully he wont internalise this too much, Jack once followed a round at the Open of 83 with a 66 the following day to make the cut. Perhaps we should all shrug it off as the wag who just suggested that Rory will be announced on the first tee tomorrow as from Jupiter Florida, where he lives, rather than a son of Northern Ireland, which he always will be. Just hope that he and G Mac take from this week a return to their true Irish speaking accents rather than the awful transatlantic accents they’ve both adopted since living in America. x marks the spot on the map of their accents.

Back to the drawing board with coach Michael Bannon and mind coach and short game supremo Brad Faxon.

The Dunluce course was the biggest star today. With driving rain in parts of today and a stiffer wind than was expected conservative play was needed with the thick rough, pot bunkers and slow greens. Accurate iron approach play was essential and players choosing to hit driver on maybe five holes. The galleries are enormous – 237,000 are expected over the week, the biggest outside of St Andrews.

The picture below of former Open Champion David Duval’s scorecard isn’t quite correct, the 15 has now been downgraded to a 13. As Emiliano Grillo also had a hole in one today, this major test, unknown to most modern tour pros,  has been throwing up all kinds of results. A fascinating watch not, noticing the rain.