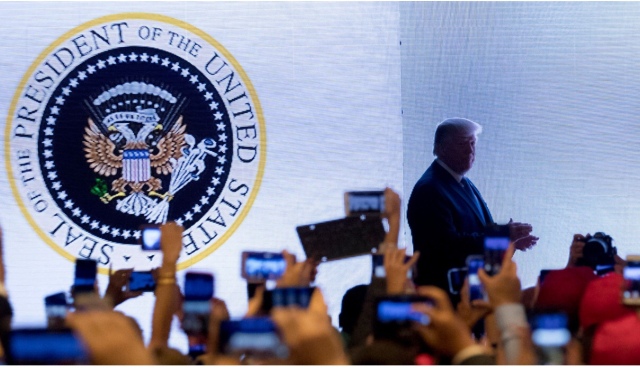 President Trump has sacked the employee who re designed the Presidential Seal of Office which had the eagle clutching a set of golf cluns.

The eagle’s left talon clutches not arrows, but a bundle of golf clubs. Remember the olive branch that is traditionally held in the right talon? Now it’s a wad of cash. And wait. Why does the eagle have two heads instead of one? Turns out this is exactly the way the eagle in Russia’s coat of arms looks, a not-so-subtle nod to the president’s deep ties to that country. In case that wasn’t blatant enough, instead of “E pluribus unum,” the eagle’s banner reads “45 es un títere,” Spanish for “Trump is a puppet.” Really.