Tim Finchem soon to step down as Commissioner 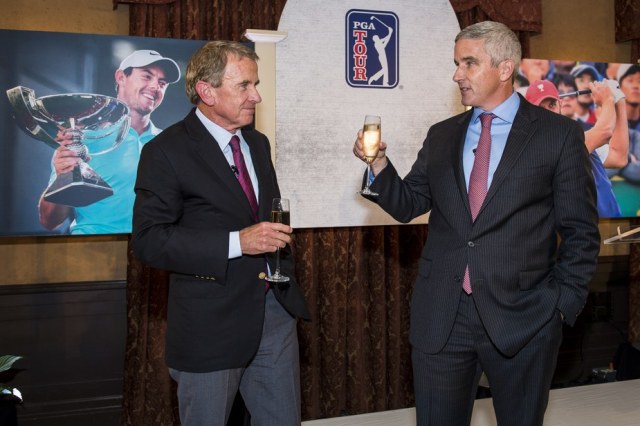 PGA Tour Commissioner Tim Finchem (pictured left with Jay Monahan) has signed an extension to his contract through to the end of this year to allow him to complete projects before he hands over the reins to his successor Jay Monahan.

Jay Monahan was recently apointed Deputy Commissioner and is currently Chief Operating Officer, running the day to day business of the tour. He has worked in various roles at the tour for the past eight years and will be concentrating on promoting global growth and digital opportunities.

“Young, aggressive leadership is good for a company. I am getting old and Jay is ready”.

Tim Finchem will act as consultant for the First Tee and the World Golf Foundation. During his tenure he has led an era of expansion, negotiating lucrative TV deals and introducing the FedEx Cup playoffs.