Dustin Johnson weighs in on the golf ball debate 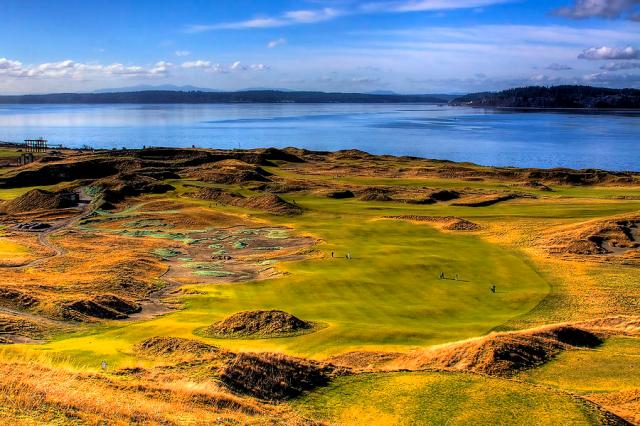 Tiger Woods opened the debate again a couple of months ago when he said “we need to do something about the golf ball – 8,000 yard courses would be a problem”. Chambers Bay GC was the controversial host of the 2015 US Open, a course of 7,900 yards. Gary Player has said that the modern equipment is not only taking the skill out of the game, it is costing millions of dollars to alter courses. Mike Davis of the USGA is concerned saying it is affecting all golfers in a bad way. Bridgestone is developing a shorter flight ball for tournaments but it has to be approved by the Rand A and USGA.

Dustin Johnson, who probably hit the shot of the year in Hawaii two weeks ago has put an alternative view. “it’s not like we’re dominating golf courses. I don’t understand what the debate is about because it doesn’t matter how far the ball flies it’s about getting it into the hole”. He then explains that his 433 yard drive at the 12th hole in Kapalua wasn’t that much of a big deal. “There was a lot of luck involved. There was a 30mph wind behind me, a downhill lie and a firm fairway”. Perhaps, but only a magnificent athlete like him could have hit the shot like that. And I tend to agree with him about putting any limitations on the game’s equipment. It is taking away our freedom and repressing the game from developing as it should.