Posted on February 4, 2018 by queenieqantas 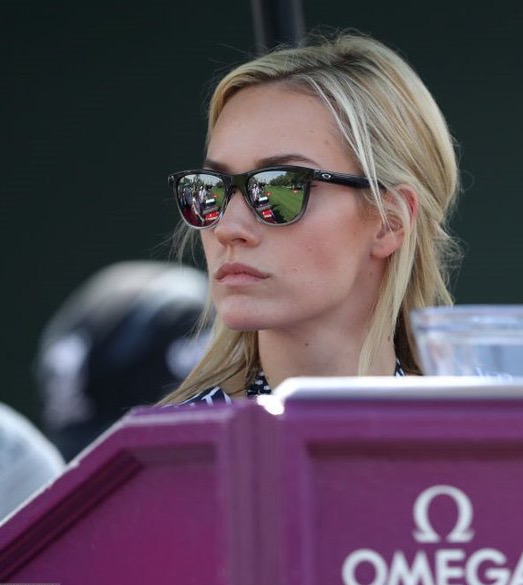 I have to admit that I used to dismiss Paige Spiranac. There would be another “super hot” “Playing with Paige” video and not being a man I just thought “it’s her again” and scrolled past it quickly.

But the press coverage this week following her interview with the Guardian shows to me this is a woman not to be underestimated. She’s grabbed headlines by admitting that she received death threats, been harassed and blackmailed – and all for showing her cleveage… Her ability to grab attention and publicity is remarkable. She already has 1.2 million followers on Instagram and that may well be for showing a lot of flesh or for wearing extremely tight clothes. But this week she’s got into the mainstream press. And what do you know, she’s speaking out and speaking in an interesting way, some things which need to be said.

Amongst other things she said

“I don’t conform to what golf is supposed to be. There are a lot of things that need to change. It needs to become more progressive, more inclusive. For me to speak out about that brings on hate but it also starts a conversation and I can create change.I am just trying to get people to feel comfortable because I know I’m not alone feeling that way. That’s why people are not getting into golf.

“It’s such a male dominated sport. The people who say it is progressive are all middle aged men they all look he same, they feel accepted. (And the women at the top of the LPGA) life is great for them but we need to think about everyday golfers”.

She says she wants to stamp out discrimination and bullying, but in order to exercise this she’s taken indefinite leave from professional golf to concentrate on a media career. So she’s not trying to bring change from the inside.

This would possibly be impossible. With the LPGA’s new dress code in place her own choice of plunging necklines, short skirts and leggings would break all the rules, currently attracting a $1,000 fine for each infraction. She wouldn’t be able to be herself. But her world ranking outside the top 1,000 naturally drew accusations that she was receiving opportunities not commensurate with her talent as a golfer. Who can blame her for leaving and trying to orchestrate change from the outside? It seems that this is more important to her than competing and winning tournaments. But the wider public will now know who she is, especially those who know little about golf, she will be a female golfer they can name, and when she speaks people outside the sport will listen. She is going to carve a niche in the sport.

Although she admits it’s been really tough since she took up the Ladies European Tour’s invitations to play in Dubai she must be have made a lot of money through her online presence. This is a clever, savvy businesswoman. Even if I wish she wasn’t so cheesecake there is a method in this, to get people to look and listen. Watch this space. I won’t be ignoring her in future.