An obscene amount of money

Posted on January 4, 2019 by queenieqantas 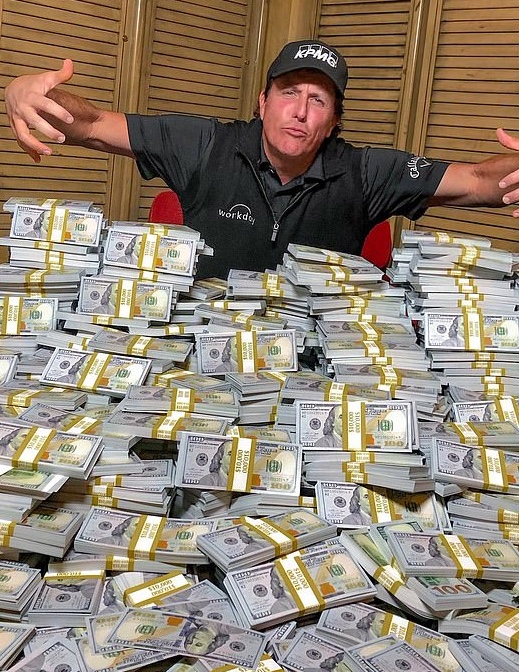 Ask any non golfer what they remember about golf last year and they will probably recount one of two things. Either about the Ryder Cup – not about the match itself but about the poor spectator who got hit. Or about the picture above. That does get them talking, usually to describe it as an “obscene amount of money”. Remarkably The Match is back for 2019 and for the year after that.

I watched The Match, on November 23rd, right to the bitter end which was 2am London time. “Do get on with it” I complained as Tiger Woods and Phil Mickelson went on in darkness to the 22nd hole until finally Mickelson won nine million dollars for a match which was scrapily, poorly played and most of all it was boring. The miked up conversation between Tiger and Phil was bland and banal.There was nothing remotely interesting. I was longing to hear something even slightly bitchy, such as what was heard on camera once after they had played together and the players and caddies shook hands and there was a comment “be sure and wash your hands now”.

It was all 15 years too late. If this had been 2003 when both players were at the peak of their powers it would have been fascinating. But now you wanted it to be Rory and Dustin or Jordan or Justin. But it wasnt just about golf. It was all about the gambling, something Mickelson is something of a poster boy for. Apparently over a million subscribers in the United States paid $19.95 to see the pay per view broadcast and all of them got their money back when the streaming failed due to technical glitches. The pay wall was removed and everyone could see The March for free.

It seems that the Thanksgiving Day celebrations will include The Match with Phil and Tiger for the next two years, but probably in a revised format. Looks like they will each choose a younger team mate and play against each other for another nine million dollars, this time to be split between each other.

A golf writer’s young son wrote this essay about The Match for school. It sums it all up. 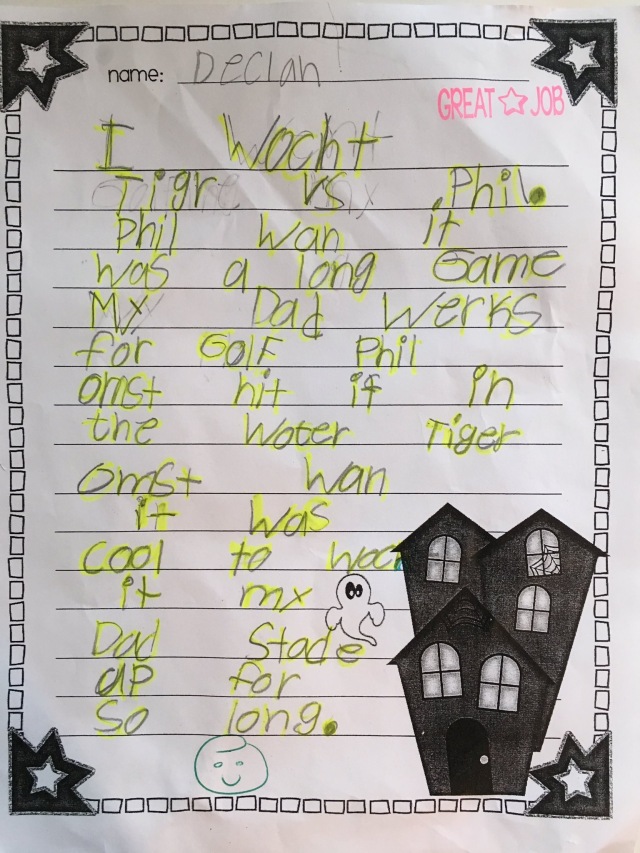